Sonia is a friend of mine, she’s from Poland and lives in Amsterdam. She’s got model aspirations, and I’m into photography, so after a few beers the idea to make a photo shoot was born. All we needed was a location and a theme. That’s where Michiel de M came in. He likes to build smashing custom motorcycles on a budget and photograph them, and does so very well. We’ve met earlier this year riding bikes and on a chopperstyle forum meeting in Ijsselstein. He invited me for a session in NDSM buildings in Amsterdam Noord. The deal was that I bring the model and he brings the bikes. And what bikes! He came on his BMW cafe racer, recently featured on BikeEXIF, which is like The Top Of The Pops for custom bike builders. It was conceived (in short) from a crashed BMW R80 sport bike with a R100 engine in it. Michiel rebuild it with a R60 gearbox, an Ural head lamp, Honda rear sets and a hand welded rear frame made from bicycle parts. And there was Ton’s WrenchMonkees style Kawasaki twin, which is on the edge of both design and function. More pics of his bike are to be found on Michiel’s bmwCafeBlog. 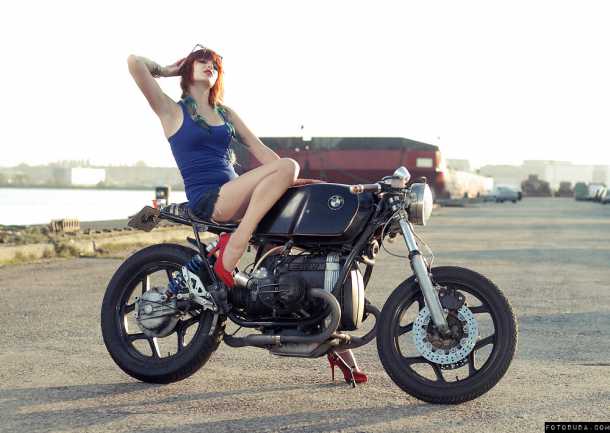 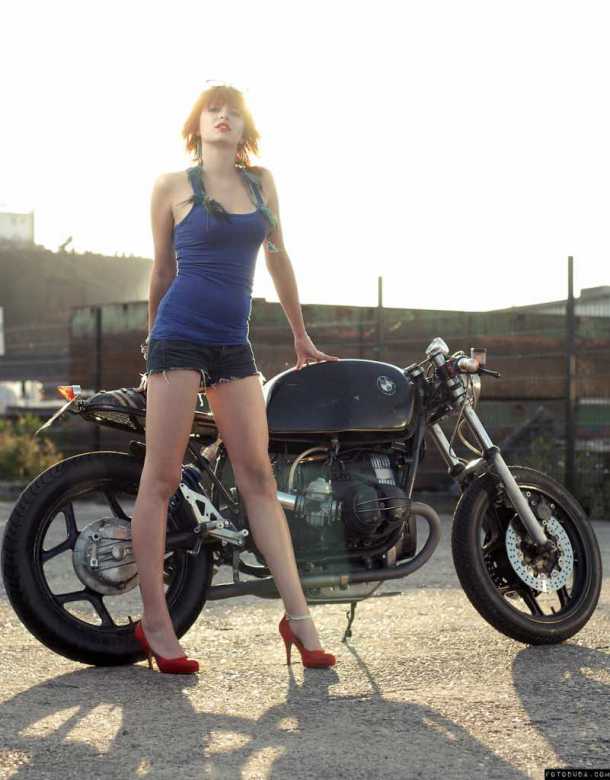 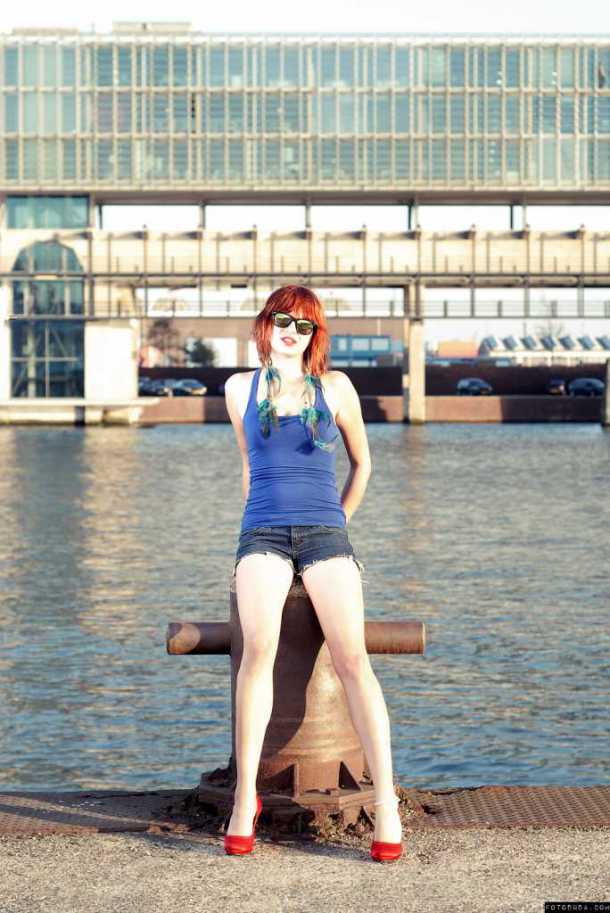 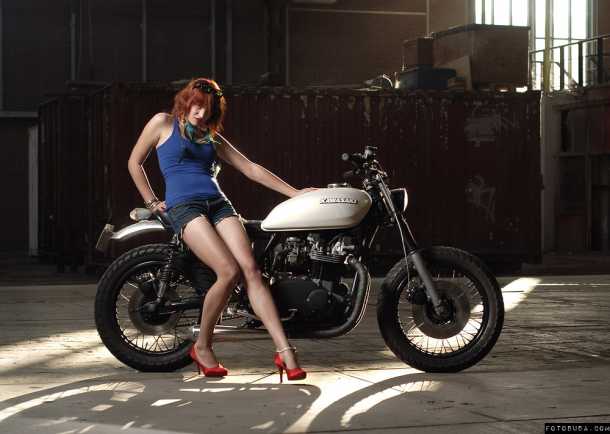 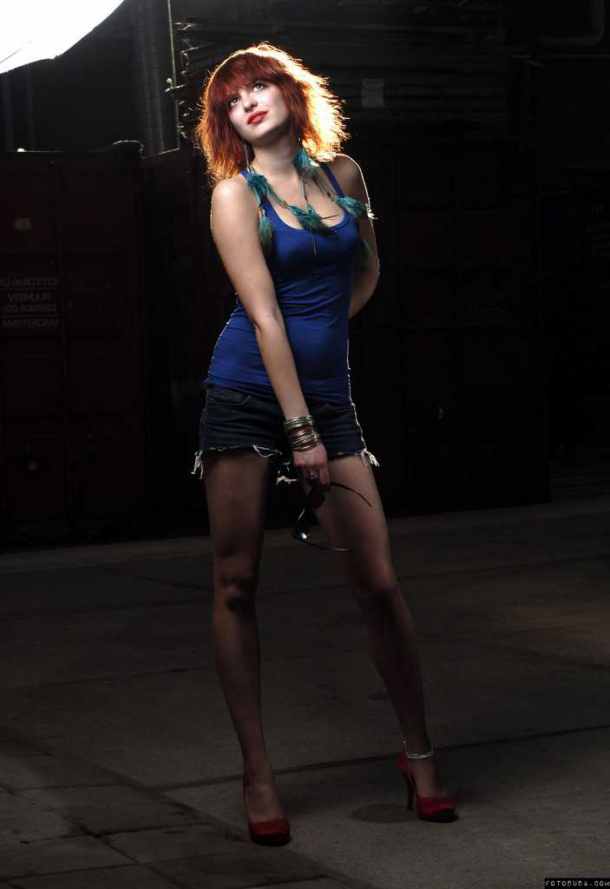 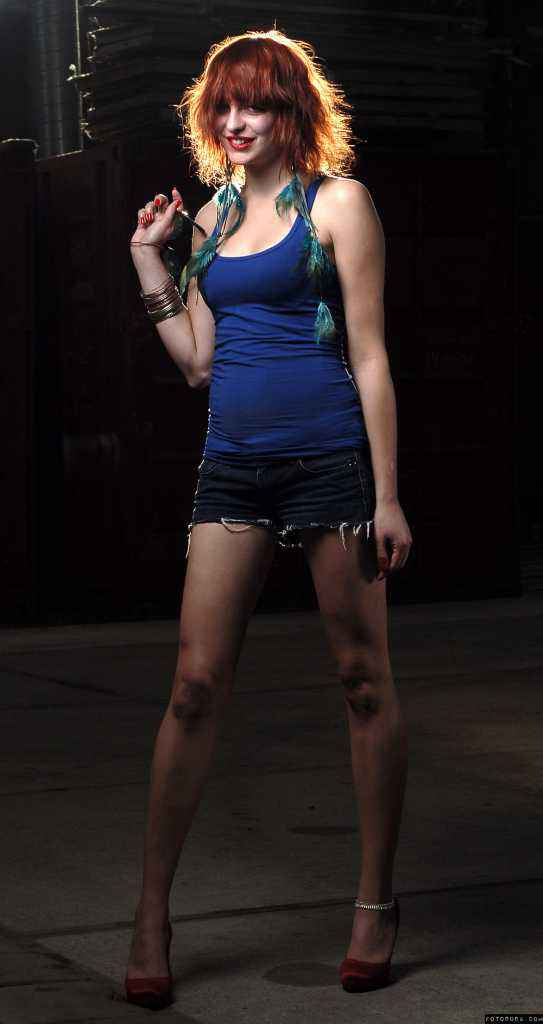 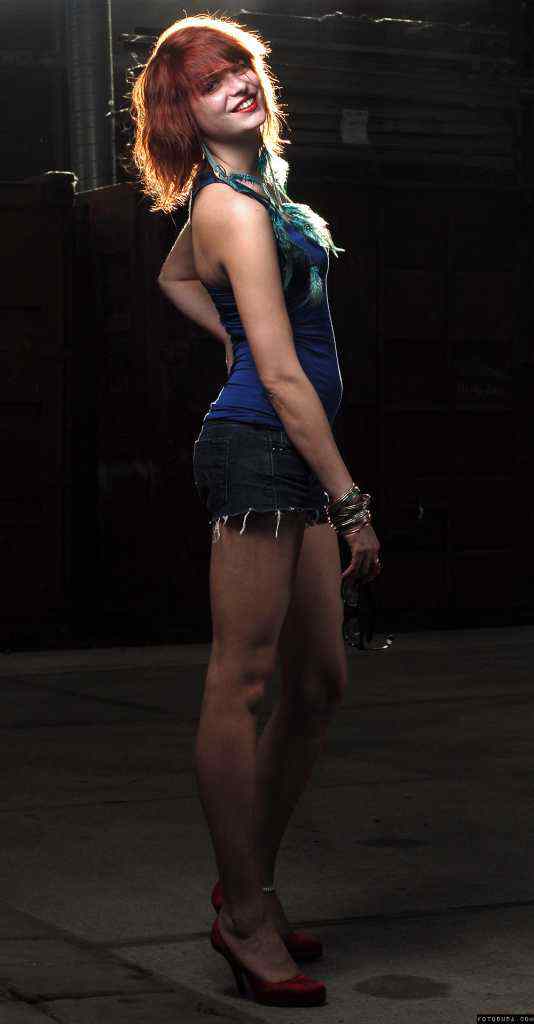