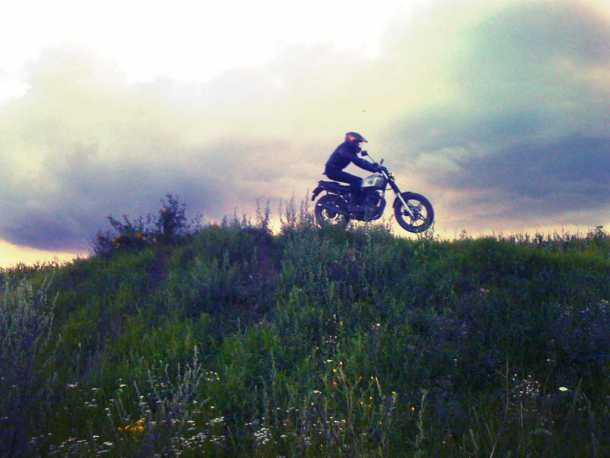 More shakedown action, more parts coming off and more ideas. I have to make the front plate smaller, it dominates the front and the bike’s look is not balanced well that way. I managed to replace the fork seals and instal rubber covers with a friend of mien. Earlier on we tried to fix a broken air bleed valve in the rear brake and  failed miserably ;) Ended up replacing the whole rear caliper from his FT500 and guess what, it still was braking all the time and was spongy. Only after we replaced the master cylinder it was working properly. Luckily he’s still in the middle of repairing the gearbox on his Honda so I can use his rear brake for a while.

Here are more pics from the little mx course. 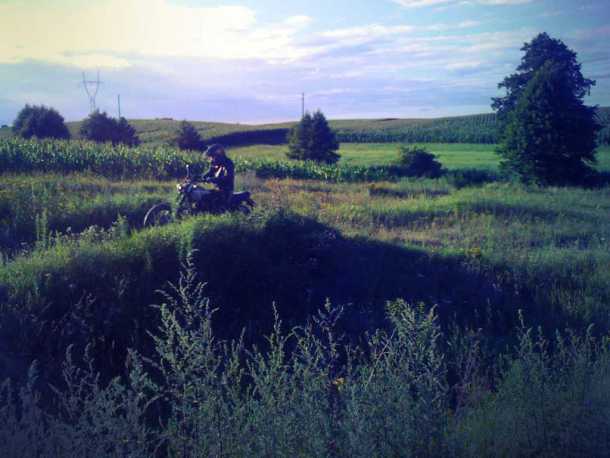 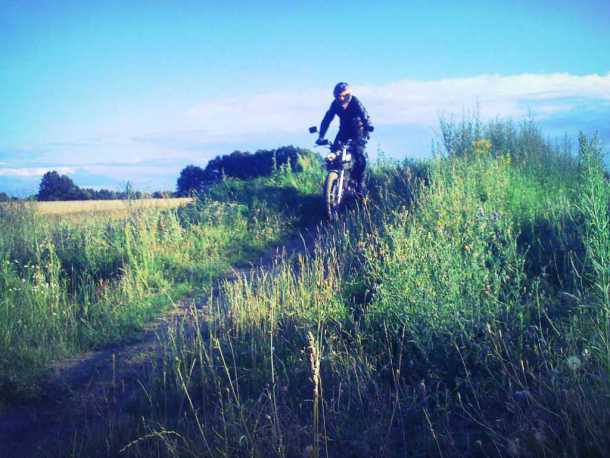 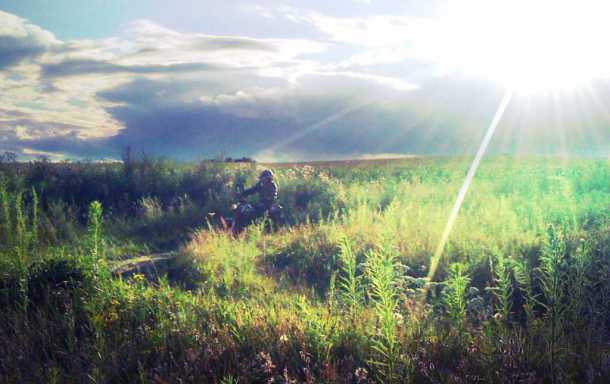 I also went to visit a military training ground just north out of town. On the weekends it’s open to the public and it’s like a little off road heaven. Nothing like a good old tank trails full of mud. I got stuck in there because I was too afraid to go thru those big puddles in the beginning. Took me 20min to get out of this shit. Later I gained confidence and was able to cross over water, or get a little stuck and carry on. I learned that my front 110/90 19′ enduro tire is not very good on sand and mud. I can still go thru it but the front is dancing all over the place. It’s the effect of the compromise – I still want it to be sticking to the asphalt where I spend most of the time. 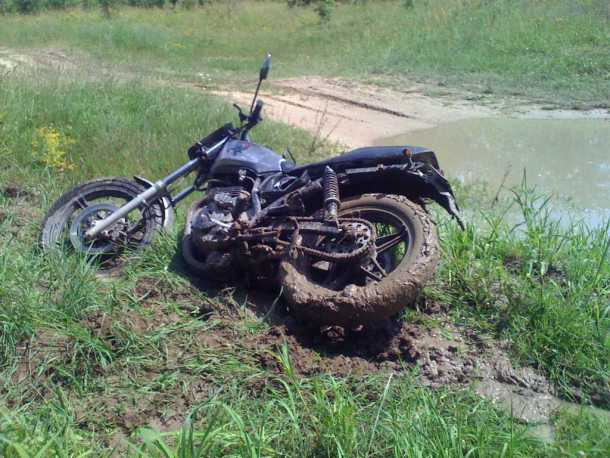 no images were found

no images were found

I found this piece of street art between abandoned military buildings, it was like a hidden treasure or kind of easter egg. 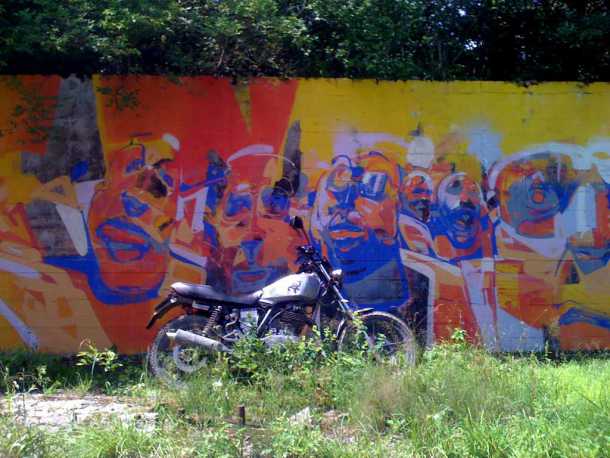